Through the power of the internet, people can now stream music, movies and TV-shows by simply logging in to various platforms and paying a relatively cheap monthly subscription. In this article, my main focus will be on the Swedish company Spotify and the changes in transaction costs that comes with online streaming. Spotify is a music streaming platform that offers fresh releases and old classics from around the world. With over 30 million songs, the likelihood of finding what you’re looking for or coincidentally finding something you like is definitely there. But with that much power and freedom at the price of next to nothing, the respective markets are bound to see some changes.

The costs from buying and selling goods and transporting the goods over long distances are some examples of transaction costs in the music industry. It used to be we had to go to a record store to buy physical CD’s that we had to bring home and put in our stereo or Discman. These CD’s were supplied by different record labels and companies, and transported to stores around the world. The price of these plastic CD casings varied, but it would usually be roughly $15. CD’s are still being sold today, but the sales go down every year. With fewer CD’s being sold, the amount shipped and transported by trucks and planes also declines. This means a cheaper industry and a more environmental way of supplying the world with music.

This also makes it much cheaper and more convenient for the users. With a monthly subscription of only $9.99 you gain unlimited access to Spotify’s massive music library. 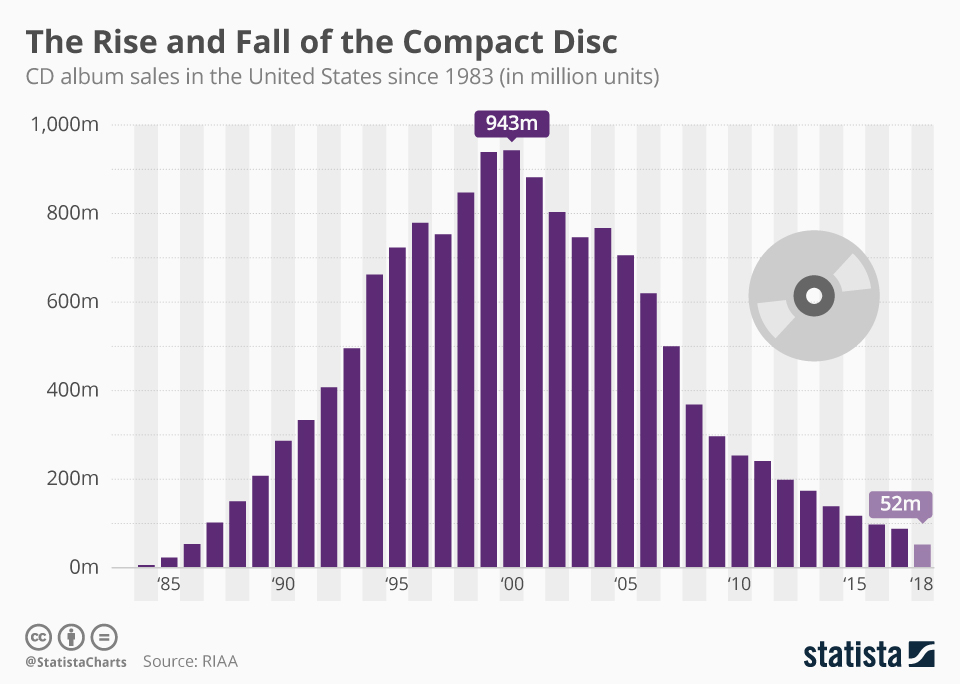 How do the artist make money through Spotify?

By 2019, streaming music accounted for 80% of music industry revenue, according to the Recording Industry Association of America. Total revenues grew 18% to $5.4 billion in the first half of 2019.

Spotify deals mostly in royalty payments. This means when a user streams a song, the artist will be paid a small amount in royalties each time. In 2019 the per-play rate was roughly 0.00437 cents (USD). It might not look like much at first glance, but for big artists like Ed Sheeran who has over a billion streams on multiple songs, Spotify definitely grants a solid profit.

The streaming platform takes advantage of a “recommender system” that provides the users with computer generated playlists to best fit the user. This way artists can reach more people through an algorithm that gives them more exposure and more streams.

One of the primary reasons Spotify game to fruition was to combat piracy in the music industry. Billions of US dollars in workers’ earnings, over $400 million in tax revenues and roughly 71,000 jobs in the American music industry were lost as a consequence of the growing trend in music piracy. With the option to listen to music on Spotify for free with the use of ads,  access to music was easier, and the need for piracy lowered. 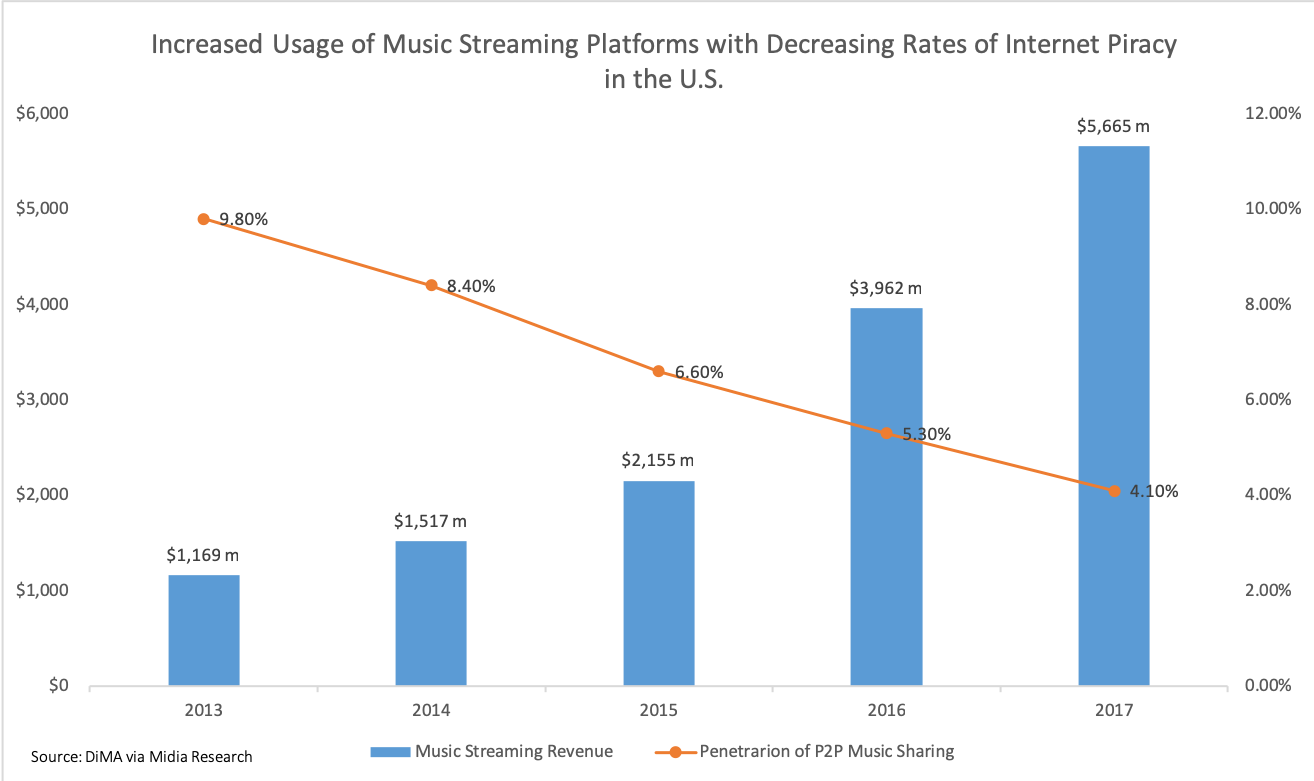 As music streaming platforms have become more prevalent in the U.S., music piracy rates have fallen. Piracy rates are calculated as a function of U.S. total population.

– This data was sourced from the Digital Media Association’s (DiMA) annual report from March 2018.